Thank you for your patience while we retrieve your images.

As a little white boy growing up in the Tampa Bay area, in a mildly diverse community, I had some strong influences to hip hop, rap. I remember the first time I heard “Radio” by LL Cool J on Ryan Clement’s ghetto blaster in his kitchen while he made me a cheese hot dog sandwich on white bread. Finding cardboard boxes so we could dance on the driveway as the sun went down happened around that time. I remember my mom taking me to watch some dancing competition at the University Mall back in the 80’s. Just the other day I was telling the story of the time when I somehow convinced my grandmother to take me to see "Breakin" after school one day at the theater in Britton Plaza.
At some point I forgot all this or life just took over. Adidas wear was still a part of my standard wardrobe, I still listened to "old school" hip hop associated with the scene..I guess I was paying attention unconsciously. I just didn’t make the connection where that came from I guess.. until I was older. Marriage, kids, work, responsibility sort of makes you forget the things that may have shaped who you are today. When those things break down and fall apart guess what comes to the surface..

As photography became more important in my life I found a natural gravitation to the pieces of my personal puzzle, my past. Early on taking “stock” style photos of my latest Adidas shoe purchases became standard. Then when I took, what I felt was a simple photo of a dancer in the streets of Ybor City a spark ignited interest which would connect me with something I had once forgotten. I stumbled upon the local dance scene in the Tampa Bay area and with that the culture which included something bigger which I connected with...something familiar from my past. 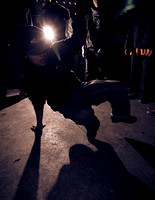 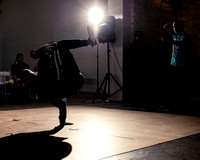